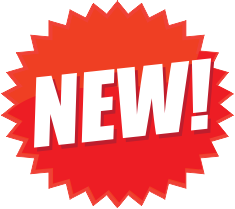 Join Year Round Travel on this brand new tour which includes two of the most historic cities in America.

Philadelphia, Pennsylvania’s largest city, is notable for its rich history, on display at the Liberty Bell, Independence Hall (where the Declaration of Independence and Constitution were signed) and other sites. Also iconic are the steps of the Philadelphia Museum of Art, immortalized by Sylvester Stallone’s triumphant run in the film “Rocky.”

Baltimore is the largest city in Maryland with a long history as an important seaport. Fort McHenry, birthplace of the U.S. national anthem, “The Star-Spangled Banner,” sits at the mouth of Baltimore’s Inner Harbor. Today, this harbor area offers shops, upscale restaurants and attractions.

Lancaster has the oldest Amish settlement in America. Learn more about Amish lifestyle and their faith. The theatrical spectacular performance of biblical “Esther” at the Sight & Sound theatre is also included!